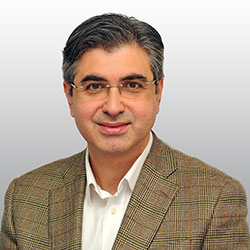 His special interests are in rhinology and facial plastic surgery. His interests in rhinology  consists of basic endoscopic sinus surgery and also in advanced cases such as endoscopic surgery of cranial base , dacrycystorinostomies, clival chordomas, sellar pathologies.etc..

He has spent four months at University of Michigan as a visiting professor  at  the department of facial plastic surgery at 2002.with Prof. Shan Baker .

He has published articles on endoscopic surgery of jna and other pathologies of skull base and septorhinoplasty.

He has contributed to many books in his field and been an editor for a Turkish Rhinoplasty book.

He has been elccted to the Executive board of Turkish Otorhinolaryngology and Head and Neck Surgery Society in 2014.

He has been invited to lecture on rhinoplasty and endoscopic sinus surgery  especially in endoscopic skull base surgery from Indonesia, Italy, Malaysia, China, South Korea , India,  Brazil and  Germany in various meeting , congresses and workshops.

He has done live surgery through out Turkey and countries like Indonesia and  India and Malaysia.